What makes us dig the music we do? 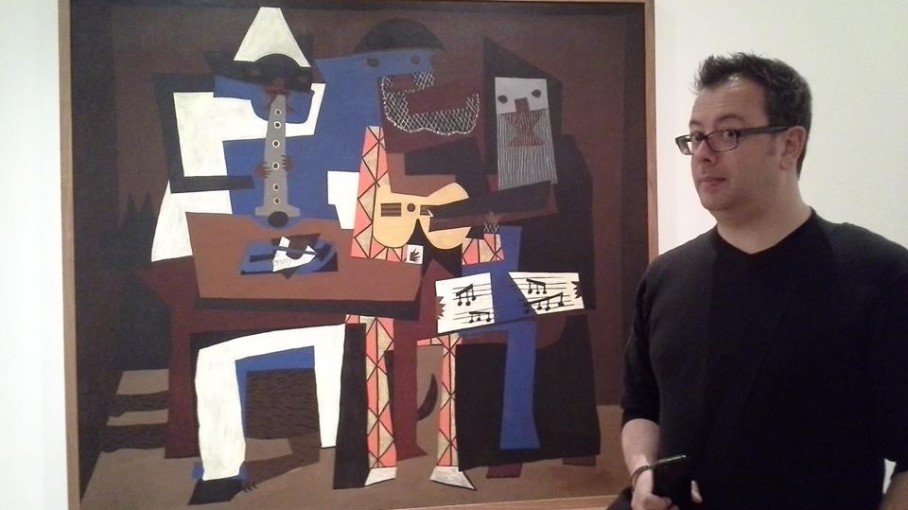 Well, here we go then.  A first blog post.  An attempt at reaching out and trying something a little different.  Something beyond one’s comfort zone.

What makes us dig the music we do?

I was having a conversation not too long ago with a friend of mine.  I had hipped him to a modern composer by the name of Tod Dockstader and a trio of cd’s he has called “Aerial 1-3”.  Dockstader’s music is referred to as “music concrete”.  The underpinnings of the style were developed by Pierre Schaeffer beginning in the late 1940’s.  A composer uses sounds as a resource for the composition.  “Well, no duh!” you might be saying “that’s what music is!”  Well, here’s the thing – the sounds can be anything.  Yes, anything.  TV static.  The sounds of the 405 at rush hour on a Wednesday afternoon.  The wind out on the 10 heading east around the windmill farms near Palm Springs.  The sound of the world outside the window of your apartment.  It doesn’t say you can’t use other more traditional instruments as well, but it’s about using anything available.

When I heard this music, I was utterly fascinated.  It sounded like nothing I’d ever heard.  It was so foreign yet so familiar at the same time.  Intrigued, I did some research on Tod Dockstader and found out that he’s always had a fascination with short-wave radios.  For those of you unfamiliar, these devices pick up HF (high frequency) radio waves (between 3,000 – 30,000 KHz).  Short-wave radios are used for broadcasting, long distance communication to ships and aircraft, remote areas out of the reach of wired communication, etc..  Those wind-up emergency radios you can buy for your emergency preparedness kits are short-wave radios.

Anyway, he recorded these sounds for years late at night (when the reception is stronger) and compiled hours of material that slowly got edited, combined, and catalogued until he came up with what has become the Aerial series.

I’m serious, you can look this up.

So, I’m talking with my friend about this and how strange and wonderful it is to my ears and he check it out and loves it.  What followed was something along these lines:

“if we give <insert names here> some hallucinogenics and make them listen to Dockstader, they’ll finally get it.  They will UNDERSTAND.”

“Understand what? Understand that I have a penchant for non-radio friendly music? ‘They’ already know this.”

If you need to give someone something illicit in order to listen to music I dig… I guess you can fill out the rest.

Is it my goal to hip a ton of people on to certain musics?  Or, is it my luck and honor to say ‘hey, check this out’ to those that I think will appreciate a particular style, composer, or vibe?  I think it’s the latter.

There’s just too much music out there.  Forget bad or good… that’s subjective.  Ask 4 people what they think about an artist and you’ll get 7 answers. Music is a very personal thing for me and my goal is to be exposed to the widest possible swath of sonic goodies possible because that makes me infinitely happy.   IF I am fortunate enough to be able to tell others about it too, that’s just icing on the cake.

Not everyone has this need for music like I do.  Not everyone who comes across someone like Tod Dockstader innately get his stuff and freaks out about it.  Indeed, there are plenty of my friends who are amazing musicians and have brilliant collections of music that look at me like I’m from another planet.  That’s perfectly fine.

Dig what you dig and be open to the myriad options out there to listen to (do buy the stuff though please… we keep music alive and viable, in part, by being consumers).

Along with wanting to be exposed to as much music as possible, I always love sharing what I find.  I like to do it gently though.  I’ve never been keen on those that foist music on me with generalities like  “You HAVE to hear THIS!  It will CHANGE YOUR LIFE!”.  Maybe this WILL be the most amazing thing I’ve ever heard.  But, it’s so much richer when you get a recommendation and then can can explore and discover it on your own time.   The music unfolds and circles around and careens around and you get it or you don’t.  If you do, fantastic!  If not, maybe it points you in a different direction and you find something else.  As musicians, music aficionados, fans, and historians, we take on the role of sonic archeologists.  What were Critters Buggin’ listening to when they recorded “Bump”?  Do you hear the influence of Varese in Frank Zappa’s music?  You can go pretty deep and THAT is a beautiful reality of being a music fan.

Rumi wrote:  “If you desire sanity in this embarrassment, stuff not the ear of your mind with cotton.”
Zappa wrote:  “Music is the best.”

I couldn’t agree with either statement more.