Red Light Mentality – Being On Your Game 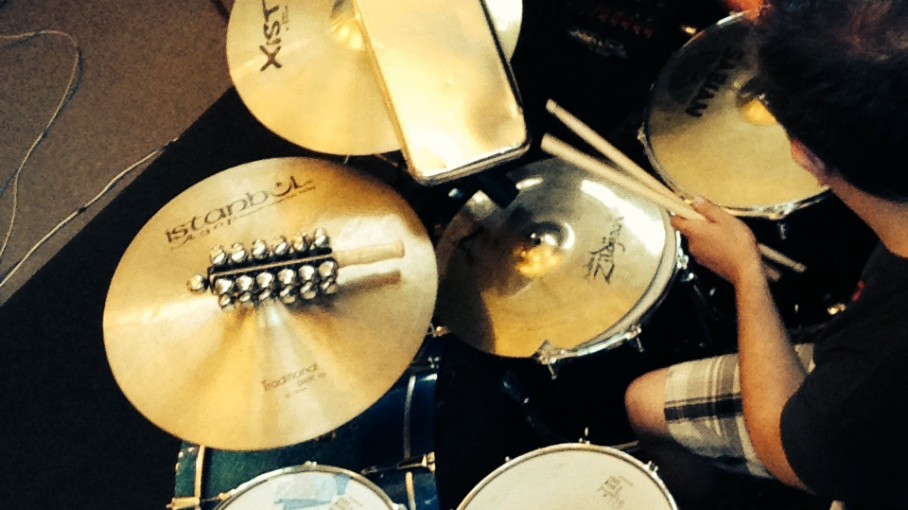 I recently did a session where we were doing minimal mic-ing, single take performances (no overdubs) AND shooting video.  The results came out quite nice and that had no small part to do with the preparation that most all of the folks involved put in ahead of time.  This experience, and many others besides over the last few years have coalesced into a philosophy I try to be mindful of all the time:  “The Red Light is Always On”.  It’s not just an axiom that holds true in the recording studio.  Be it a rehearsal, a gig, etc… you are always being recorded.  Maybe it’s a small recording device.  Maybe it’s an iphone.  Maybe it’s a full blown recording rig.  It could just be the people in the room you’re working with paying especially close attention to what’s going on in a particular moment.  The point is, it’s always happening.  I’m not being paranoid or alarmist.  It is a simple fact of the world we live in now.  It’s posted on Facebook or YouTube.  It’s shared amongst friends and fans of the people you are working with.  It’s heard by colleagues and co-conspirators.  This stuff gets out there in the world.  It sticks around.  This reality has one very important ramification:  being on your game is imperative.  All the time.  You.  Your gear.  Everything.  So, that’s what I mean by the title of this blog; ‘the red light is always on’.  It’s a nod toward the philosophical and it’s become my doctrine.  I treat everything like it is being recorded for further examination.  That may sound weird, but I don’t think it’s too extreme.  I want to talk a little bit about why I think this way.

The way we make and consume art has changed radically in the last 20 years.  Now it is often a luxury to spend bunch of time experimenting with things and trying stuff until you strike upon that ‘Goldilocks’ moment – in the rehearsal room or the studio.  Time is money and people want to know that you can create something compelling:  often quickly and effectively.  It’s not just in a recording situation though.

Obviously, in a live setting it’s even more critical to be ‘on it’ because you only ever got one shot.  It’s live.  No net.  The moment won’t happen like that again.  It’s one of the reasons we love live recordings so much!  It’s why we love going to shows!  It’s absolute hang your ass out on the ragged edge – Chuck Yeager style.  We are seeing a little bit of ‘history’ every time we see a show because it will never be the same again.  It might be close, but never the same.

So, live or in the studio, it’s imperative that you be on it in every way, shape, and form.

How can you develop and maintain this attitude of ‘the red light is always on’?  Are their special skills you need to develop?  Yes and no.  There’s nothing special you need to do per se, but you DO need to do certain things to make sure you as solid as you can be.

Preparing Musically
Here you use things like pre-production rehearsals and critical listening skills to ensure you know the music you are about to play inside and out.  I consider this to be a crucial part of creating music and it can happen whether on your own or with the whole group you’ll be working with.  You are dialed in ahead of time so everything runs as smoothly as it can.

There is no one right way to prepare to make music.  If you have a gig or session coming up and you prepare best by just listening to the music while you drive around.  Okay.  If you need to take meticulous notes and then rehearse alone to the stuff you’re going to be playing… okay.  I have read that Neil Peart would ‘rehearse to rehearse’ before a tour.  Playing along with the songs they’d be doing ahead of pre-production with the rest of the band and crew so that he was absolutely rock solid with what he wanted to do.  I have also read that John Tempesta (The Cult, Rob Zombie, Helmet) air drums in order to prepare for auditions.  I’m going to go out on a limb and say that he also probably air drums to stuff he is currently playing or is about to record. Preparation keeps the blood flowing and your mind nimble.

Sometimes you are able to get the stuff you are going to be playing ahead of time  Sometimes, you don’t.  What then?  I often am faced with this in the studio.  In these situations I rely on a couple of things that have never let me down:

Preparing Socially
This is the harder of the two things because you need to really be aware of who you are working with, the general lay of the land as far personalities, stress levels, and expectations.  You also have to have a handle on where YOUR head is at and that what you are bringing to the mix isn’t distracting or discouraging.

These are are just some of the many techniques and strategies that I’ve learned and employed over the years to maintain that idea of the red light always being on.   When I employ them, they’ve never let me down.

I love this idea and try to live by it because it means, at its heart, that you are always working under the assumption of giving your best effort.  Every single time.  You want what you do to be the best representation of you and the song(s) you are playing.  It gets you pumped up a little bit to think this way.   That’s a good thing.  In doing this, you establish yourself as an asset to the artist/session/situation.  That’s how/why you get called back.  That’s what helps you build a reputation that leads to longevity in a very uncertain business.  It also make the experience a lot more fun.  Don’t forget we play music… we don’t work music.  The ideas listed above make it so I really can play music and enjoy it.