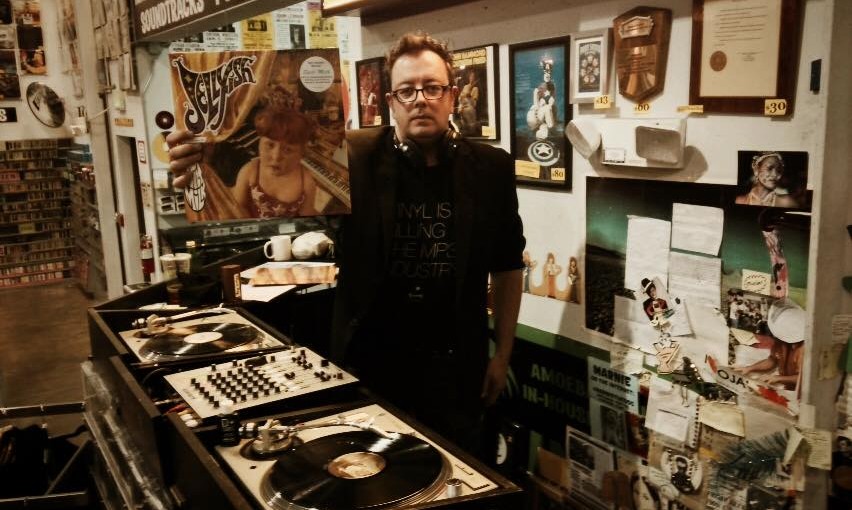 Greetings and welcome to another installment of what I’ve been listening to lately.  This tends to run the gamut – truly a hodge podge. But, I really love the fact that there’s just so much good stuff to check out and,   of late, rediscover as well!

As always, this is subjective (as I think most art is).  This might not be a typical music review post… and that’s fine.  I don’t want to tell you everything… I’d rather just give a glimpse to start and then have you    go on your way to check things out and see for yourself.

But, I’ve been really inspired lately by some great stuff.  So, here we go.

Life and Times – No One Loves You Like I Do
http://thelifeandtimes.com/
My buddy, David Elitch, turned me onto a band called Shiner.  This was a band out of Kansas City in the late 90’s early 2000’s and I absolutely adored everything I got to hear from them.  After that group disbanded, Allen Epley (singer/guitarist/songwriter) formed a new trio with Chris Metcalf (drums/keyboards), and Eric Abert (bass/guitar/keys).  This is ‘The Life and Times’.  They have several albums and EP’s out and, for me, it doesn’t get much better as far as modern rock goes.  Lush and floating one moment; scorching and crushing the next.  They pull it off live too… it’s frightening how good they are live.  I’d say start with this most recent album (No One Loves You…) and then go to Tragic Boogie or Suburban Hymns.  For EP’s, I’d start with The Magician and then go to The Flat End of the Earth.  No matter how you start, I think you’ll enjoy the ride.

Low – C’mon
http://chairkickers.com/
Originally a duo composed of husband and wife Alan Sparhawk (guitar/vox) and Mimi Parker (drums/vox), they are now a trio with Steve Garrington (bass).   I’ve also seen footage of them on the tour for this album with a keyboardist as well.  Whether they are a member of the band officially or not, I’ve not checked.

C’mon is a much more playful album than previous albums like ‘The Great Destroyer’ or ‘Drums and Guns’, but the same ethos exists – wonderful vocal harmonies, sparse arrangements, and spare instrumentation:  all adding up some wonderfully chilling music.

I remember driving across country when I moved to LA and I didn’t think that I could find a better driving album than Joni Mitchell’s ‘Hijera’.  With Low, I’ve found several that make that list.  Be on the look out for their new album ‘The Invisible Way’ which is schedule for release on 3/19/13.

Radiohead – King of Limbs (original release and ‘From the Basement’)
http://www.radiohead.com/
Anyone that knows me, knows I’ve been a fan of Radiohead ever since ‘The Bends’ came out.  With ‘The King of Limbs’ available the original studio album, and the live ‘From the Basement’ video sessions, you have two ways to enjoy one of my favorite albums in recent memory.

What I love about this album is the marriage between a very hurky-jerky electronic pulse with these rich effected vocals and layer upon layer of guitars.  The live videos also get the added goodness of horns being added to the mix.  With the addition of Clive Deamer on drums (Portis Head and Robert Plant) working alongside Phil Selway, the rhythmic element is so much more interesting to me.  It’s like a drum version of Robert Fripp’s Guitar Craft:  Rhythm nestled inside rhythms that percolate and weave in and out of each other but never getting in the way.

All of the performances are top notch whether you’re watching them do it live, or listening to the album.  I just can’t say enough good things.

How To Destroy Angels – ‘Self Titled’ EP and The Omen EP
http://www.howtodestroyangels.com/
I, for one, am very happy that Trent Reznor has a new group in this NIN hiatus period and HTDA is a great foil for him with collaborators Atticus Ross, Mariqueen Maandig, and Rob Sheridan.

With a full length album in the works for 2013 (‘Welcome Oblivion’) the two EP’s released so far are a great way to get you started.  Both EP’s have 6 songs each (I hope the full album is all new material) and from the first sounds of the groove on “The Space Between” (on the self titled EP) to the cinematic closer “Speaking In Tongues” (on the Omen EP), you are in for a treat that only someone like Trent Reznor can give you.  I hear bits and pieces of NIN era ‘Ghosts’ all over the most recent EP and Mariqueen Maandig’s voice is pure and haunting throughout all of the songs.  This stuff is spooky, but in the best way possible.

I’m looking forward to checking out the full length album when it becomes available.  For the mean time, these two EP’s are wonderful tastes of things to come.

Blonde Redhead – any and every album
http://www.blonde-redhead.com/
Where in the hell have I been?  I ask myself that whenever I listen to this group.  Formed in 1993 (WTF?!?!) this (now) trio has been churning out some of the most unique rock music for 20 years and I just got into them in 2012.  I feel a bit silly to admit that, but at least I got on the train (albeit, the caboose).

Their music feels really cosmopolitan to me.  That might sound pretentious but, it feels to me like the sound of a city in motion.  These surging, droning guitars and the relentless rhythms coming from all 3 members, combines with additional keyboards, samples, and noise (particularly the latter) makes them every bit a part of the noise scene coming out of New York as groups like Sonic Youth, composer Glenn Branca, or Helmet.

I started with ‘Fake Can Be Just as Good’ (from 1997) and slowly bounced around all of the albums and EP’s until my last purchase, ‘Penny Sparkle’ (from 2010) just a few months ago.

I’m telling you, I feel totally foolish to come to this group so late but I’m so pleased I did because everything they do makes me smile.

Bill Frisell – All We Are Saying
http://www.billfrisell.com/
If you know me at all, you know how much I love Bill Frisell.  I’ve got everything he has released.  From his classic trio with Joey Baron and Kermit Driscoll, to his 858 Quartet, to the Intercontinentals, to Floratone (with Matt Chamberlain, Lee Townsend, and Tucker Martine), Frisell’s tone, touch, and unique approach to the guitar has made me a true fan.

However, how do you tackle a sacred cow like John Lennon and his music?  Well, if you’re Frisell, you do it with joy, playfulness, honesty, humility, and a typical Frisell adventurousness that often skirts around the melodies while still easily giving you enough to recognize the song and join along for the ride he takes you on.

Clocking in at 16 tracks total (8 Lennon songs and 8 Lennon/McCartney co-writes) you get everything from early gems like “Please Please Me” to later joys like “Mother” and “Give Peace a Chance”.

Hearing Lennon’s music in this way – no lyrics but yet you still hear every word; performed by a band that includes violin and pedal steel – gives a sense that there’s nothing Frisell can’t do that isn’t graceful, honest, and honors the music while still having his unmistakeable stamp on it.