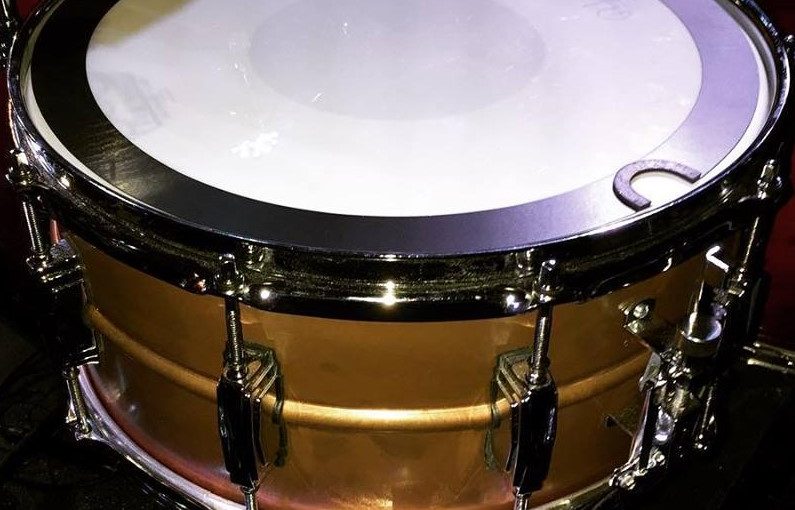 That is the simple honest truth.  Despite having played and owned a wealth of drum kits from numerous manufacturers big and small, I love the sound of Ludwig.  I love the look of Ludwig.  I love the history of the Ludwig brand.  They were the first kits I ever played when I started out and that’s why I play and endorse them with the enthusiasm I do today.  So, when I get asked, “Why Ludwig?” I can think of many amazing products that have been released just over the past few years.  From the fat sound and funky vibe of the newly redesigned Club Dates, to the full richness of both the Legacy and Legacy Mahogany drums, to the bite of the Keystone series:  Ludwig has a vast array of drums that both sound and look fantastic. But, one recent offering really stands out for me.

I was very excited when I heard that Ludwig was going to be adding a copper offering to their Supra-Phonic line.  I mean, how could you go wrong with the most recorded drum in history, now in luscious copper?  When I saw the drum at the 2015 NAMM show, I knew it was something I had to add to my collection.  Now that I have them (both the 5×14 and 6.5×14), I couldn’t imagine going to a gig or a session without at least one.  They have definitely become my go to drums.

Imagine the punch of a Black Beauty and the bell like ring of a Bronze shell but more subtle.  That is what the Copper-Phonic gives you.  You get punch, you get bite, but you also get a buttery kind of subtlety.  It sits in the mix (live or in the studio) in a very clear, but unobtrusive way.

There are a couple of key reasons why the Copper-phonic sounds the way it does (and a reason why all Ludwig metal snare drums have made their way on to more recordings, and into more drum arsenals than any other snare drum.  Ever.)

The Beaded Shell
This is a feature on pretty much every single metal Ludwig snare drum.  From the Acrolite all the way up the Black Beauty of Chief (titanium) Supra-phonic.  Putting a bead in a shell does several things:

First off, it adds more mass to the shell.  If you were to straighten out a beaded shell, you might get another half an inch (or more) in overall depth.  That might not seem like too much, but it makes a difference.  That extra mass translates to a drum that has a bit more ‘thump’ to the sound.

Secondly, the sound has more places to go.  By adding that bead, you are giving the sound waves different places to go than straight up and down.

Third, when you couple a beaded shell with a flange bearing edge – where the head has a lot of contact with the shell – and you get a rich, fat tone that is complex and musical.

Non-Plated Shell
The fact that the Copper-Phonic is non-plated means that this very musical material can vibrate more freely.  You’ll notice that Ludwig’s copper tympani aren’t plated.  There’s a reason for this.  When you add layers onto a vibrating body (guitars, basses, drums) you will change some of the vibrating characteristics of that body.  Simply put; the Copper-phonic has room to breathe.

Obviously, plating isn’t bad though.  On a regular Supra-phonic, it’s the plating (chromium) that enhances the high-end I mentioned above:  a quality that might otherwise not be as present given the drier nature a regular Supra-phonic (Ludalloy) shell has.  Think of the difference in tone between an Acrolite and a Supra-Phonic and you’ll hear what I mean.  The Acrolite too has a coating on it (either black galaxy or the traditional matte grey) that gives it that undeniable dry bite.  With the plating on a Black Beauty (black nickel) it helps to tame some of the more higher and wild characteristic of brass; giving you a wonderfully powerful and musical sound.

Obviously, I’m a big fan.  I own both sizes (again, the raw, unpolished versions).  Since they showed up at my door I’ve let a lot of my friends play them and pretty much everyone has fallen in love with at least one of the sizes.  So yeah, it’s great that Ludwig is offering this type of shell.  But you know what the best thing is?  Ludwig hasn’t tried to reinvent any of the sounds they already offer.  In the copper shell, you have yet another unique voice.  A voice that easily carries on the Ludwig legacy of great sound and great looks.  A voice that, for this drummer, has become the king of my snare drum arsenal.

The Copper-Phonic is available in a variety of options (raw shell, polished, or polished/hammered with a choice of tube lugs or Imperial lugs).  Check them out at:  http://www.ludwig-drums.com/usasnares_copper-phonic.php 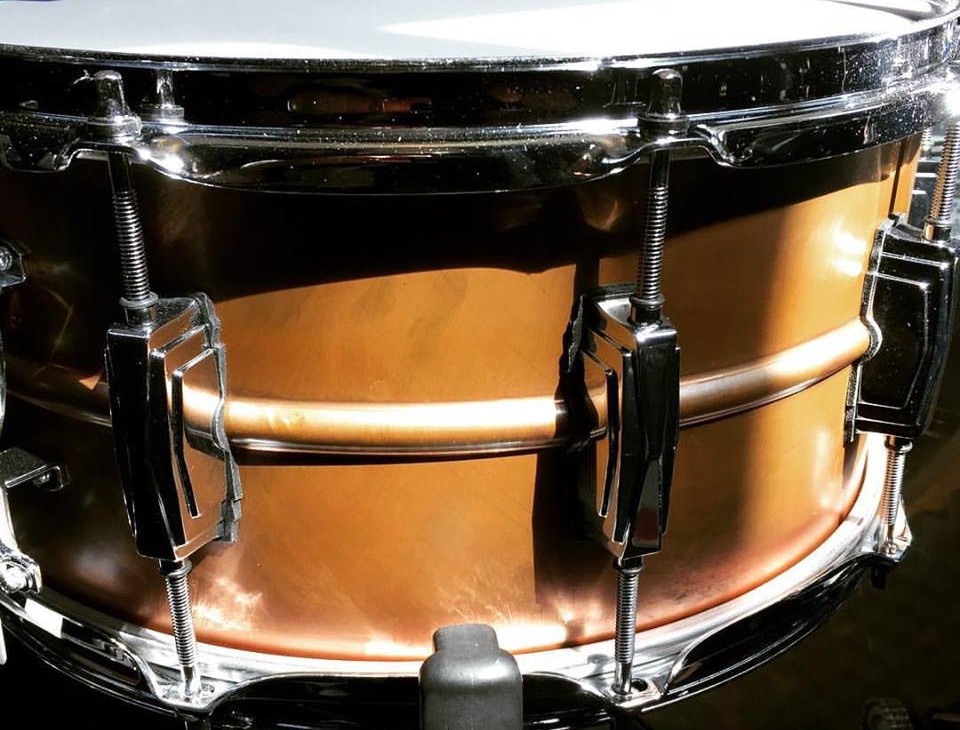